Living in Birmingham, you can sometimes get a bit sick of the cold concrete walls and multi-storey buildings. You yearn for a glimpse of greenery, a peek at a woodland creature. Don’t worry! It might not seem like it, but Brum and its surrounding areas are a nature lover’s paradise!

Made up of 80 acres of parkland and 120 acres of conservation and woodland plantation, Cannon Hill Park is a Brummies’ go-to place for sunny days. It is also home to the Birmingham Wildlife Conservation Centre where you can visit your favourite fluffy animals like meerkats and red pandas! The park also features a variety of rides, games, arts, entertainment and amazing outdoor fun.

The West Midlands Safari Park is home to some of the world’s most endangered and exotic animal species. The 4 mile Drive-Through Safari brings you face to face with some of the fastest, tallest and cutest animals around. You can even feed the animals from the safety of your own car!

Once you’re done having your hand licked and slobbered on, take a stroll around the Discovery Trail and visit Mark O’Shea’s Reptile World, Twilight Cave, Creepy Crawlies, SeaQuarium, Sea lion Theatre and Penguin Cove. There is also an Adventure Theme Park with dozens of rides from a pirate ship to roller coasters.

Lickey Hills Country Park is one of Birmingham’s most treasured parks. It covers 524 acres of land and offers different things to different people. It’s a great place for a day out, to spot wildlife, for sports, photography or maybe just for a good old picnic.

The park offers a wide range of activities such as table-tennis, golf and rounders. Lickey Hills also boasts a number of marked walking trails of varying lengths and difficulty. But above all, Lickey Hills is probably most well-known for its majestic views.

Beacon Hill is the most famous viewpoint and rises to 297m above sea level, giving expansive views of the surrounding countryside. When the skies are clear and visibility is good, you can see as far as Worcester, Dudley Castle and even the Black Mountains in Breton!

Trentham Monkey Forest – the only place in the UK where you can walk among Barbary macaques. The 140 monkeys live in total freedom in the forest which gives visitors a glimpse into the lives of these fascinating primates. The trail allows you to literally walk with the monkeys and watch them as they swing from trees, chill on the grass, scavenge for food and get into playful squabbles. Guides situated along the path provide you with interesting information about the monkeys and keep you up to date with what they are getting up to. Be sure not to miss the hourly feeding talks to see some more monkey antics!

The National SEA LIFE Centre is an aquarium with displays of freshwater and marine life in the heart of Birmingham. Its massive ocean tank houses giant sea turtles, reef sharks, tropical reef fish, a giant Pacific octopus, sting rays, otters and many other species of underwater creatures.

It also houses the UK’s only fully transparent 360 degree underwater tunnel.  Home to over 2000 creatures from around the world, the SEA LIFE Centre transports visitors into an ‘underwater world of discovery’. The centre is renown for its Breed, Rescue and Protect conservation projects and has an extensive seahorse breeding programme. If you’ve ever fancied yourself a bit of a mermaid, this one’s for you.

Ah, Aston! Home to the majestic Canada geese. Our geese are the envy of universities nationwide. There’s no need to wander far when our campus itself houses geese, birds, the occasional squirrel and an abundance of trees and grass where you spread out and soak up the rays/have a picnic.

Word to the wise though, keep your distance when they’re nesting or you might end up like this guy… 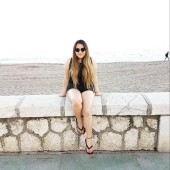 A Quick Guide to Birmingham